Herman Adrian Spruit was born in a suburb of Berlin, Germany, on January 26, 1911. He was of Dutch ancestry, his family being of Dutch Old Catholic extraction although his father, a tailor, had converted to Methodism while in Germany. 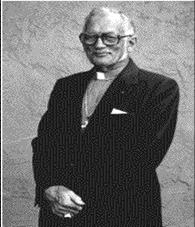 Later, Spruit became a Methodist pastor and served the Methodist Church for over twenty years, but he longed for the Catholic ritual he remembered from the Old Catholic Church of his childhood.

He resigned his pastorate and began a process of several years of independent study of spiritual traditions. During this time, he found that much of Theosophy and esoteric Christianity resonated within his spirit.

Meri Louise Spruit, (Reynolds) considered by many, the person who was responsible for making both Herman Spruit and the church successful, was enthroned Matriarch on February 27, 1986. She continued in that position until her retirement in 2005. 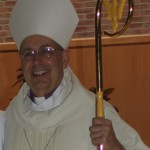 “While there are numerous ways by which a human personality can learn to become aware of the Christ, learn to form an allegiance with Him, and enter into full partnership with Him, the Sacramental Way is one of the surest, quickest, and most certain…. Let the Sacraments be the lamp to lighten your darkness and allow Him to be revealed.”

We firmly believe that the internet should be available and accessible to anyone, and  Catholic Apostolic Church of Antioch is committed to providing a website that is accessible to the widest possible audience, regardless of circumstance and ability.To fulfill this promise, we are in the process of reviewing our site to adhere as closely as possible to the Web Content Accessibility Guidelines 2.1 (WCAG 2.1) published by the World Wide Web Consortium (W3C). These guidelines explain how to make web content more accessible to people with a wide array of disabilities. Complying with those guidelines helps us provide a site that is accessible to all our site visitors.This website utilizes various technologies that are incorporated to make it more accessible.What Are We Presently Doing to Make our Website More Usable for People With Disabilities?   Our efforts are ongoing as ADA standards and guidelines may change, or we may find additional compliance items that need to be edited on our website.Despite our very best efforts to allow anybody to adjust the website to their needs, there may still be pages or sections that are not fully accessible, are in the process of becoming accessible, and/or are lacking an adequate technological solution to make them accessible.